It's been a while since the last post we made and some things have happened. Fortunately, it's now finally time for my first post on this site! I'm so excited. I've got so much cool stuff to show off! Like this:

...Uh, wait, sorry. That was the wrong image. Don't look at that. No! Stop! Look at these instea-

NO! What the hell?! Why on- Oh. I see the problem. It looks like I have the wrong folder open. My apologies.

Anyway, a few months ago, Zeblote made the first post about UI, and things have been pretty quiet on the UI front since. And yet, a lot of progress has been made. Today, we're going to go through a few of the new interfaces that you will get to use very soon. For each interface, I'll post how it looked in Alpha 4, how it looks in Alpha 5, and an overview of various new features we have added.

The new main menu is the first thing most of you will see when you boot up Alpha 5. There are many changes to the layout, and while all the original features are carried over (save the defunct "Tutorial" button), we've added a lot of new stuff too.

A minor detail, but: logging in has received a bit of a face lift as well. This started as a routine re-styling, but turned into a small amount of polish. The reason? We anticipate a lot of new users in Alpha 5, and we want the first thing they see to be something that looks fairly good too:

The options menu is arguably one of the most important menus to get right in any type of game. It's where players go to lower detail settings that affect how well the game runs, how audio settings are adjusted, and, currently, where most players go to learn the game's controls.

In Alpha 4, the options menu is one of the better UI in the game, but it's still a bit of a mess. Everything is crammed into one dialog, and the whole thing is forced onto the left side of the screen so that you can actually see what you are doing when you adjust graphical settings. For every other tab? That's wasted space.

Here is the same menu in Alpha 5, split into its various parts:

I'd love to go into a lot of detail about all this, but since there are so many new changes and features, here's the basic rundown:

Create or Edit Your Game

Here's the thing we threw together for alpha 4.

There were a few problems with this. Most notably, that it expanded out starting a server to two dialogs, yet wasn't usable for changing the map.

Here's what Alpha 5 has instead:

Now, we have a unified UI for both starting your server and editing it. This not only saved us a lot of work, but let us present the server's settings (of which there are not currently many) in a much more paletable way.

This brings us to the redesigned role setup menu:

The old avatar was not much of an avatar editor at all - it was only usable in game, and let you change about four things.

Here is the new avatar editor:

For the design of this UI, we stepped well away from the traditional methods of selecting from lists and using sliders to customize your avatar. In this menu, the name of the game is click and drag. If you want to put parts on your character, you drag them on:

And if you want to take parts off your character, you just drag them off again.

Painting is pretty simple too. You open the palette, select a color, and it stays open and out of your way while you go to town:

Some other things to know:

This one's a doozy.

In Alpha 4, the server list was built very deliberately to condense the most useful details about each game into small entries, always ordered by whether passworded, then by number of players, then by name. A helpful blurb from Brickadia Services even tells you the number of servers that are running, and how many people are playing. In Alpha 5, we keep several of these ideas, but add new ones; new information, new buttons, and new visuals.

The player list is, and continues to be, an indispensable tool for seeing who is in your game and performing basic actions, be they related to moderation or simply useful for seeing who's around you.

Alpha 5's player list expands on this concept. Not only does it show you the same details panel you get in the new server list, when you select a player it will show you a lot of useful info about them:

You can see, in order of emphasis:

Each user has User Actions, and the actions that you can make use of depend on what permissions you have. As a normal user, you can generally:

As server owner you can do all of those things and more:

Functionally, the thing is a fork of the player list, with the exact same layout but different buttons. And so this was one menu where I thought I would really change things up:

This one isn't exactly a highly notable menu, but here's a brief list of new stuff:

The catalog in Alpha 4 had a lot of work put into it, but everything was built manually. The new one in Alpha 5 not only has a unique look and feel, but is built as a dynamic family of widgets that can be embedded into other menus. Take a look:

In Alpha 4, the catalog was one menu. In Alpha 5 - as you can see - catalogs are everywhere, a first-class part of Brickadia's UX.

In terms of how they work, things are mostly the same - click an entry to select it. However, there's a bunch of new stuff:

Phew! What a lot of stuff we got through.

We're getting very close to Alpha 5 now, and personally, I can't wait! It shouldn't be too long now; in the meantime, if you have any questions or ideas, feel free to find us on Discord, Twitter, or e-mail. 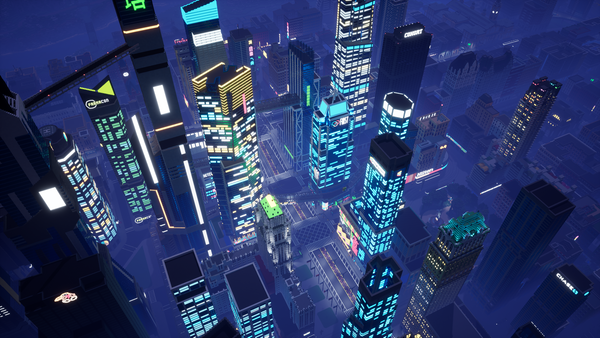 You've waited a long time, and the next version of Brickadia is almost here. Read on for the planned release date and more. 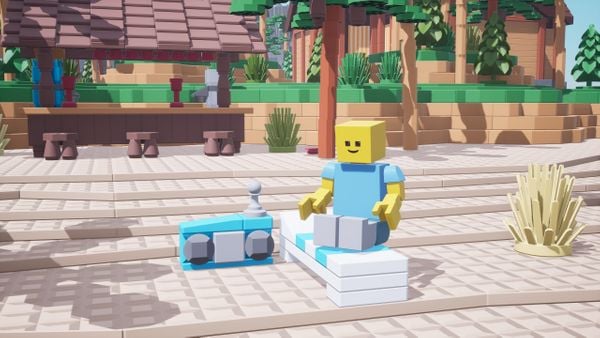 Put some good headphones on and make sure to have your volume up, because today we're going to take a deep dive on the new audio features added in for Alpha 5.