The second patch for Alpha 5 is now available. Expect it to be a bit rough around the edges, mainly with player animations, as those have been entirely re-implemented to optimize server CPU usage. Please report your findings!

Expect more on how we're improving server CPU usage in a later blog post, as that is an on-going project to support servers with higher player, brick, and component counts.

The fixed colorset has been replaced with customizable color palettes. Avatars can also be painted with these custom colors, and the server color palette for bricks can be modified on running servers! As with most other interfaces, you can save and share presets of your custom setups.

But just in time, we added the new Glass material, which lets you make any color transparent. Along with it, materials can now have an intensity slider that adjusts opacity, glow strength, etc.

Inner covered faces of more materials are now hidden, which mainly means that multiple transparent bricks will look better together.

Brickadia has gotten its first melee weapon: the Knife! There will be more in the coming patches, and we're planning more mechanics as well. For starters, the Knife can slash, stab, and backstab. All hit detection uses the actual weapon collision and animations.

The Linux version no longer crashes all the time in the Vulkan renderer, and should generally work natively again. It's still rough around the edges, but now it at least runs.

There have been several optimizations as usual, as well as fixes to servers with a large numbers of components. 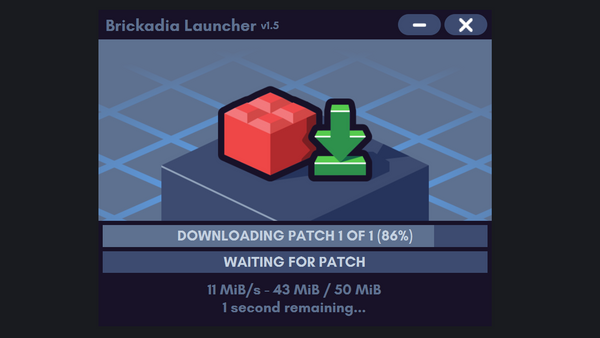 We've released a small update to our launcher, addressing a few common problems during the installation experience. 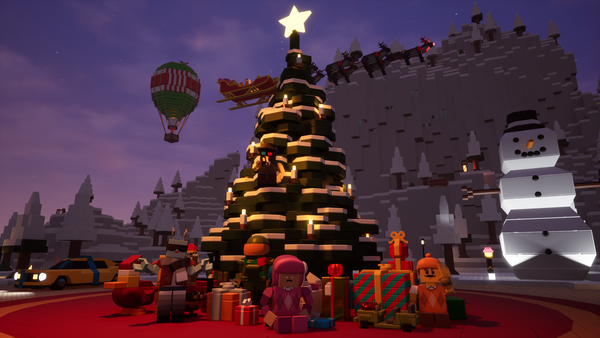