The final patch for Alpha 5 is now available. We've added a dynamic weather system, the vast emptiness of space, a fill paint mode, experimental ray tracing support, tons of new weapons and cosmetics, made engine upgrades behind the scenes, and so much more. Read on to learn more.

We've upgraded the sky and added a new dynamic weather system, allowing you to enhance your builds on Plate and Peaks with rain, snow, and intense thunderstorms.

We've added a new customizable space map, for those who prefer vast emptiness over rainy afternoons. Choose from a selection of different nebulas and starfields and customize them further to make something unique. You can even remove the ground collision! It might be a bit hard to start building then, though.

We've added several new types of resizable bricks! Some of them are round, like poles and arches. Some aren't, like those cursed micro wedge adapters.

Gone are the days of manually painting thousands of bricks to recolor your wall. We've added a fully integrated fill paint mode on the Painter tool. Just aim at some bricks and alt+click to use it - the new color or material will spread through adjacent bricks.

Tired of searching for the same set of bricks every time? We've got you covered. This new category in the catalog automatically tracks bricks you've recently used, letting you get them back real quick after a restart.

We've implemented ray tracing support for the brick engine and packaged all the Unreal Engine ray tracing shaders with the game. This doesn't currently perform well enough for us to fully support it and add graphics options, but you can enable a preview of ray traced reflections, ambient occlusion, global illumination and shadows from the console.

It's like an offline renderer available right from inside the game, for creating maximum quality renders of your builds. Taking several seconds to render a single image, you won't be using this mode to play, but it sure does make pretty screenshots!

We've added a tool to export your builds to a glTF scene for import into other programs. Maybe you want to load it into Blender? Or even another game? Or 3d print your builds? The possibilities are endless.

We've added a whole bunch of new melee weapons and pew pews. This doesn't sound very exciting, someone should replace this text with a better one.

Express yourself even more with tons of new player parts and stickers. There are now almost 300 of them! We like to think we have something for everyone, but if you'd really like to see some specific part, let us know.

Thanks to some restructuring behind the scenes, you can now create denser builds using even more micro bricks before running into the dreaded collision limit. Lights are now visible at greater distances. At the same time, we've improved frame rates of builds covering a very large area. In some cases, the new version runs more than two times faster, but your results may vary. 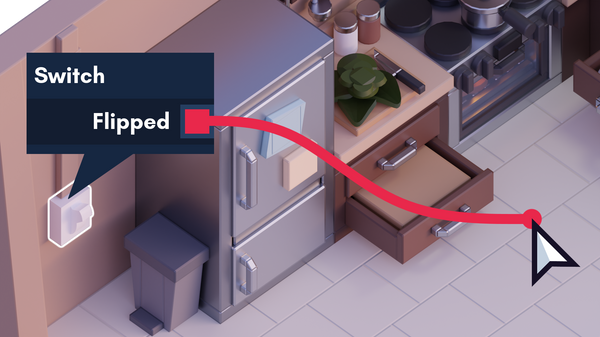 You've built thousands of awesome creations, but they're all missing something. It's time for an upgrade. What could it be? 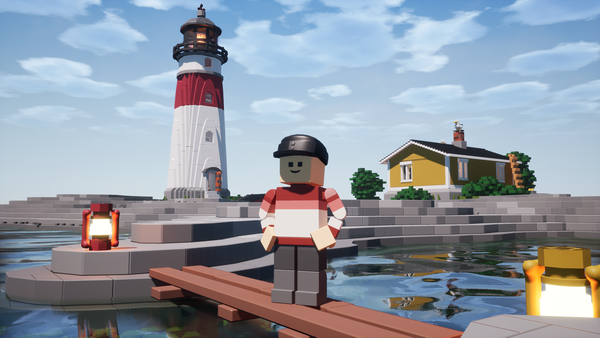